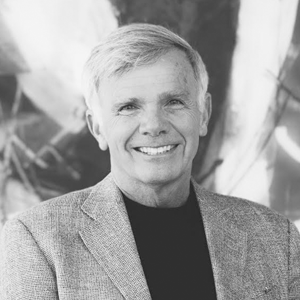 It was 1979 in Provo, Utah. Novell Data Systems Inc., a little CP/M hardware manufacturer, founded by a band of tech enthusiasts, was formed. After not having much luck in the crowded hardware business, most of the founding team would drift away. However, the remaining folks brought in Ray Noorda, who quickly pivoted, turning to software, and creating a file sharing system that was compatible with the new IBM PC and its clones. You will see why that was momentous.

At the same time, I was in Boca Raton, FL. I had recently transferred to IBM’s relatively new PC group and was responsible for the high-end of the Personal System/2. In terms of the overall history of the PC, these were still early days–a time when an IBM PC with only a few applications added could easily cost you $5,000. Commodore, Atari, Leading Edge, Texas Instruments, and Zenith were the big names; Hewlett Packard was better known for sophisticated, handheld electronic calculators. In addition, there was no internet–at least not like we know it today.

Back then, personal computers were “personal”. However, that was not actually a good thing. A PC would sit on a desk in a business office or in the extra room in your home, cranking through VisiCalc spreadsheets or engrossed in exciting, new computer games like King Quest. As a result, PCs were not taken that seriously by the mainframe-driven IBM.

Margins for hardware are as slim as they have ever been, and the field has narrowed. So when it comes to the PC market, the practical choices are limited but the competition is fierce

By 1988, however, things would change.The fledgling Boca team had risen from obscurity to account for a full 20 percent of IBM’s $5 billion profits. However, we were worried. The Microsoft DOS operating system and Intel’s 286/386 CPUs and chip sets were made easy to replicate the PC architecture–and replicate they did. The so-called “WinTel” architecture leveled the playing field, giving almost any company with capital and some tech savvy a chance to cash in on the exploding market for personal computers. We started losing market share to Dell, Gateway, Compaq, and Asian entries like Acer.

To say we were concerned is an understatement. The market we had created was slipping away. What could we do? We had to make our PCs different and better to restore our profit margins–get back to a proprietary system that could not be copied by anyone. That is what we did. At least we thought so.

We replaced the standard 5.25 inch floppy disk with our own 3.5 inch version, one that could fit in your shirt pocket. We invented our own IBM Microchannel architecture, which governed the way the computer’s I/O (input/output) functioned. In addition, most importantly, we invested tens of millions of dollars (eventually over a billion) on a new operating system, OS2, intending to knock Microsoft DOS and its newcomer, Windows, out of the picture.

How did we do? The 3.5 floppy disk was easy replicated, hardly a differentiator. The Microchannel turned out to be technology only a geek could love,never generating enough practical support to make it a reason for people to buy IBM over Compaq or Dell or Gateway or OS2? Well, what operating system are you using today?

I hope you have not forgotten Noorda, back in Provo. Novell had its own view of the future. One that did not put too much credence in the Microchannel, or CPU speed, or hardware differentiation of any kind. But rather in the power of the network. Novell and others at that time did not think that computers that ran spreadsheets or solitary video games were very interesting. In addition, they understood that unlocking the power of computing–for the enterprise and consumers alike–had nothing to do with microprocessors or I/O architecture or even operating systems. They believed that the key was connecting people. Sharing thoughts. Sharing files. Emails. Ecommerce. One wonders what the world would look like today if IBM had shelved OS2 and instead bought Novell, before the Microsoft machine embraced networking and made Novell irrelevant too. However, that is the subject of another story.

The subject of this story is that three decades later connectivity still matters. Just look at HP. Most of the names we all know from the 80s are defunct or have been acquired. HP sat out much of the PC skirmishes of the 80s, only emerging as a major force in the 90s, and then establishing itself as the undisputed PC Heavyweight Champion of the World with the Compaq acquisition in 2002. Margins for hardware are as slim as they have ever been, and the field has narrowed. Therefore, when it comes to the PC market, the practical choices are limited but the competition is fierce.

HP may be unique within that market in remembering the immense power of the network, especially now that we live in such a mobile world. That was late Noorda’s message. HP certainly gets it; they know that any personal device–that market has grown beyond original desktop PCs to laptops, tablets, and smartphones–is next to worthless when it is not connected. No SnapChat. No Facebook. No Fantasy Football. No Twitter. Not even email. Therefore, HP made a bold move a couple years ago. They decided to include one year of free, global Wi-Fi in every PC and tablet they shipped in Asia Pacific. Moreover, earlier this year, HP announced that they will be extending this program to all HP devices shipped, worldwide. Noorda would be proud.

What does this all show? It shows unequivocally that devices can be more than just silicon and plastic. They can bring real value to real people.And that is what HP gets, what HP is doing. They are putting real value in the box.

Innovating The Single-Family Leasing Industry To Simplify The Home

How Technology Fuels The Future Of Work